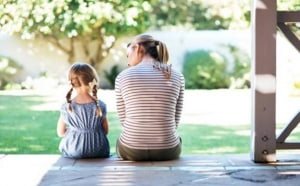 This is a new story of love and hope. We live as individuals, but carry patterns of those before us too in our feelings and impulses. It’s not until we notice those patterns appearing in our lives that we realise that willpower alone is not enough to change them.

Lets look at one story. A man is sent to war to defend his country and returns home mentally and emotionally destroyed. He has seen and done things that violate his own morality and carries a heavy burden as a survivor. The faces of those who didn’t survive remain with him in recurring dreams and flash-backs along with horror and annihilation. In his distress he becomes angry and turns to alcohol to dull his aching heart and disturbed mind. His wife becomes the sole carer of the family, as she has to take over the gap he can’t fulfil.  She is so busy in day to day matters and grief over the loss of a loving relationship and shared support of their family that the children feel her lack of presence too.

The children experience a void of emptiness and distress at having lost their father and mother in different ways.

The son who was so looking forward to having his dad back from war is shocked to find that a stranger has returned. The humour and softness of his father is no longer present. Instead there is anger, impatience and fear in the house as his mother does her best to keep life flowing for the family. The son deeply hurt by the lack of response or attention from the father he once knew doesn’t know what to do with the shock and grief he feels. He withdraws in his pain and takes in the feeling that he is unworthy of his father’s love. He carries his fathers sense of hopelessness and his own along with his mother’s distress and responsibility.

Later the son becomes a man with his own family and for a while all seems to be going well, but then he becomes depressed and turns to alcohol to dull his inner turmoil. His children are distressed to experience their father’s withdrawal and internalise this as not being enough too and so it continues.

Until it can be stopped, turned around and restored.

This is where a family constellations or business constellation can make a difference as it has the ability to merge realms of reality to assist us in the present to sort out what is ours, and others and confirm our own place in starting a new story of health and strength as a partner, parent and individual.

It’s never too late to change those internal imprints to gain more acceptance and peace and step forward in opening a new page of our life for new beginnings.

I am now 75 and until four years ago I struggled with excessive weight all my life.  I was always on a diet, I would lose weight then put it on again.  I decided to participate in a Family Constellation Workshop focusing on my life long issue of weight gain.   That workshop was a few years ago and I am pleased to say that I have taken off 41 kilograms and maintained that loss up till now.  All pain in my body has gone, I have lots of energy and at 75, feel like I am 50.   I believe that the constellation work was a great support in that process.

I have been to several international trainings and this was by far the best in terms of explanations and experiential learning. I strongly recommend it

This course changed me through my constellations. The experiential teaching style was really great - so easy to grasp often complex concepts. I also really appreciate Yildiz’s teaching style.

I felt like a lot of deep seated things shifted. I strongly recommend anyone who is struggling with a difficult personal situation to have their constellation done. It is relatively little time and money in exchange for huge potential rewards.

This was truly a great training in so many respects. It really clarified and refined my approach to helping people and I was able to take it straight into my practice. I highly recommend it to anyone who is looking for a fresh approach.

‘As a manager I was ready for a new way of connecting with my team and creating a new and motivated culture that is both respectful and co operative. The Business Constellation helped me see how it was possible to improve team spirit and performance.’

There has always been something niggling at me deep inside, but I could never get to it. I can’t believe how free I am now. A great relief.

Lifelong issues are no longer affecting me, and I’m attracting good things into my life now instead of more problems and difficulties. It’s been amazing, with virtually instant results after only 1 session. Leaves long drawn-out therapy for dead. I am very grateful to Yildiz and Satish. They are both intuitive, gentle, genuine and caring people. Many, many thanks.

What an amazing experience, so rich with knowledge and insight and such a grounded way to approach helping people at a fundamental level. A great course.

My Family Constellations experience was truly life-changing. I was so surprised that such a gentle technique could create such wonderful changes throughout my thoughts and feelings. Amazingly, I am also experiencing the healing of a disease I have been suffering from for several years. All the symptoms are disappearing, and I have completely stopped taking anti-inflammatory medication. I have become very enthusiastic about getting out more, and living a full, pain-free life!